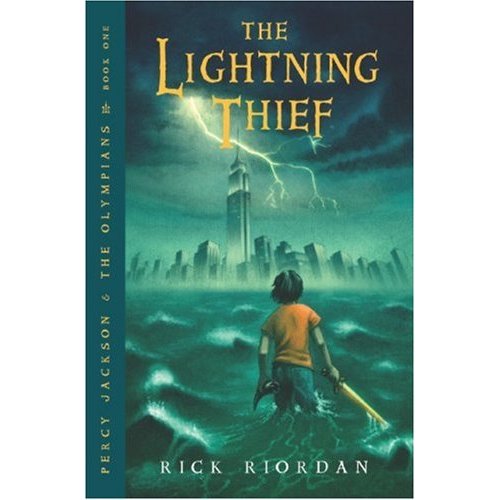 This is such a cute book. Percy is such a cute boy. I think it could’ve been better if the Greek Mythology weren’t directly involved. Centaurs and satyrs (and dragons) have been such accepted figures in a typical fantasy story that they could’ve existed in this book without any direct reference to the gods. Anyone, one shouldn’t write about characters like Zeus and Athena. They’re such known characters that if you mess around with them their fans are not going to like you very much.

Another thing is the copy I had (the paperback one with the green cover) had a good chunk of the book missing. So I returned that one and got another copy – only to later find out that it had the exact same miserable pages missing. So now I’m going to get a completely different version before I can complain even more about this book.

Edit: Hm, okay. So apparently there’s going to be Lightning Thief the movie. I’ve been getting a lot of hits from those keywords. I already got a new copy, by the way. I just haven’t had the time to finish it yet.

Edit#2: OMG, OMG, I finally finished this book on August 23, 2007!!1! Maybe if I didn’t pause midway I would’ve appreciated the story as much as I did when I first read it. It just becomes stupider and stupider towards the end, I don’t know. I maintain that a modern writer shouldn’t play around with archaic characters. I hope the movie will be able to pull it off. Thanks everyone who has googled the movie, come across this page, and enlightened me about its existence in the process.